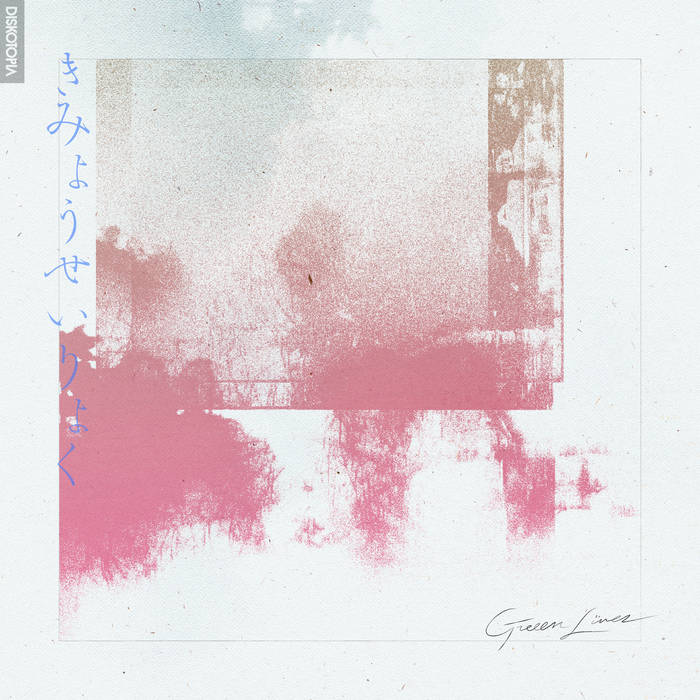 We at Diskotopia are extremely proud and excited to announce the return of Greeen Linez and the release of their 4th album, Strange Energy. This the first proper new material from Matt Lyne and Chris Greenberg’s Greeen Linez project in over 4 years. For an extensive period of time following 2015’s The Calm LP, adjusting to shifting life events took them away from working together on music, but the Cambridge/Tokyo duo returned to writing and producing with renewed motivation in 2018.

The intervening years between albums, and the changes these brought, both for the duo personally and for the world in general, have left their mark on the music that makes up Strange Energy. Largely absent this time are the high-gloss city pop and euphoric rave influences of many of their best-known productions. In their place comes a more honest and mature sound, in conjunction with a return to the spare, nocturnal atmospherics of early tracks such as Moonlight Affair and City Cell; whilst the lingering sense of sadness and loss that always hovered over the duo’s previous music, even at its most ecstatic points, comes to the fore on this album. By allying this more sombre direction to a mechanistic Eurobeat pulse, Greeen Linez aimed to convey a new sense of resolution, reflecting both the oppressive weight of anxiety and the seeming futility that modern life exerts on individuals; along with the personal struggle to cope with and combat this reality.

Despite these changes in sound and approach, Strange Energy actually begins right where The Calm left off - opening with a sequel to the earlier album’s heart-tugging closer Blue Tomorrow, amplifying even further that track’s sweeping, downcast romanticism. From there Strange Energy travels through gauzy electro, swirling raincoat rock, shuffling subterranean pop and windswept Balearica, before climaxing with the epic one-two punch of Beneath Lake Noir’s hypnotic Berlin School sequences and the stratospheric Frankfurt-via-Rimini title track. Following this peak of intensity, the album ends with something of a return to the breezy earlier Greeen Linez sound that fans of Things That Fade and Izu King Street will hopefully embrace. These wistful final two tracks offer a glimmer of hope amidst the dystopian melancholy that characterises the Strange Energy LP as a whole.